TEO YANG: THE ART OF LEARNING

Teo Yang, together with de Gournay, has brilliantly produced historic designs depicting Korean culture which illustrates life’s deeper essence, knowledge and enlightenment.  In this article, it expounds on Teo Yang’s designs: ‘The Art of Learning’ and ‘Garden of Flowers’. 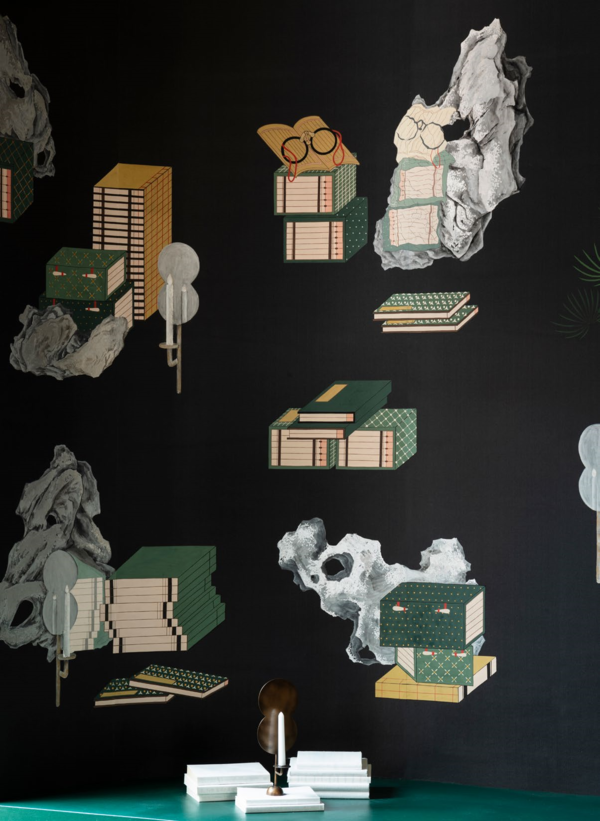 A renowned leader of contemporary design within his native Korea, Teo Yang began his career on luxury commercial and residential projects across Europe and the USA before founding his namesake studio in Seoul in 2009.

With an emphasis on design that explores tradition in a modern world, Yang’s key philosophy emphasises that heritage is inherent to spatial innovation – especially in a country that so celebrates the cutting-edge. 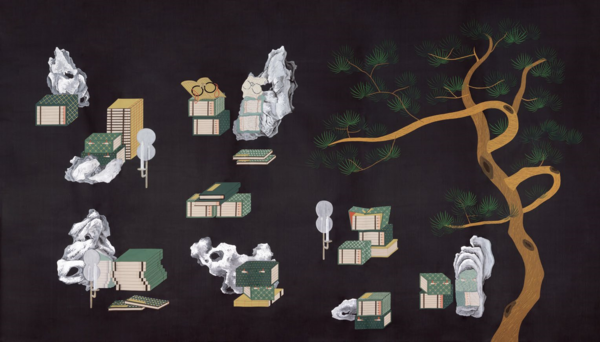 Flourishing from the second half of the 18th century, notably when the craze for hand painted wallpapers was taking hold in Europe, book paintings were enjoyed by all members of society – indicative of the passion for learning intrinsic to Korean culture – representing a quest for the appreciation of life’s deeper essence, knowledge and enlightenment. 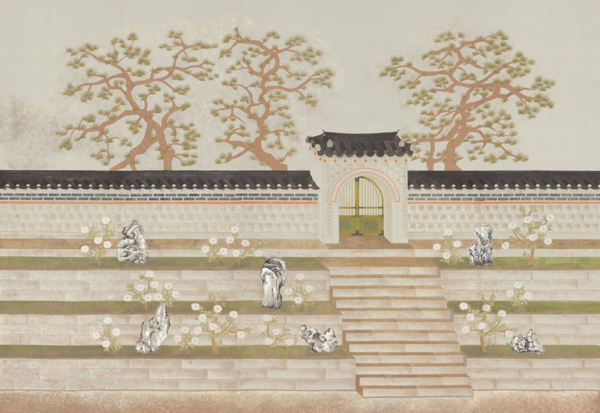 ‘Garden of Flowers’ depicts a tiered walled garden strewn with Peony bushes and stones of various shapes and sizes: a Korean symbol of eternity and incorruptibility. Painted by hand onto a softly antiqued ground of ‘Icefield’ India Tea Paper, the scene invites the viewer towards a Red gateway within a stone wall tiled in the traditional manner with dark slate, beyond which Asian Fir trees sprawl skyward.